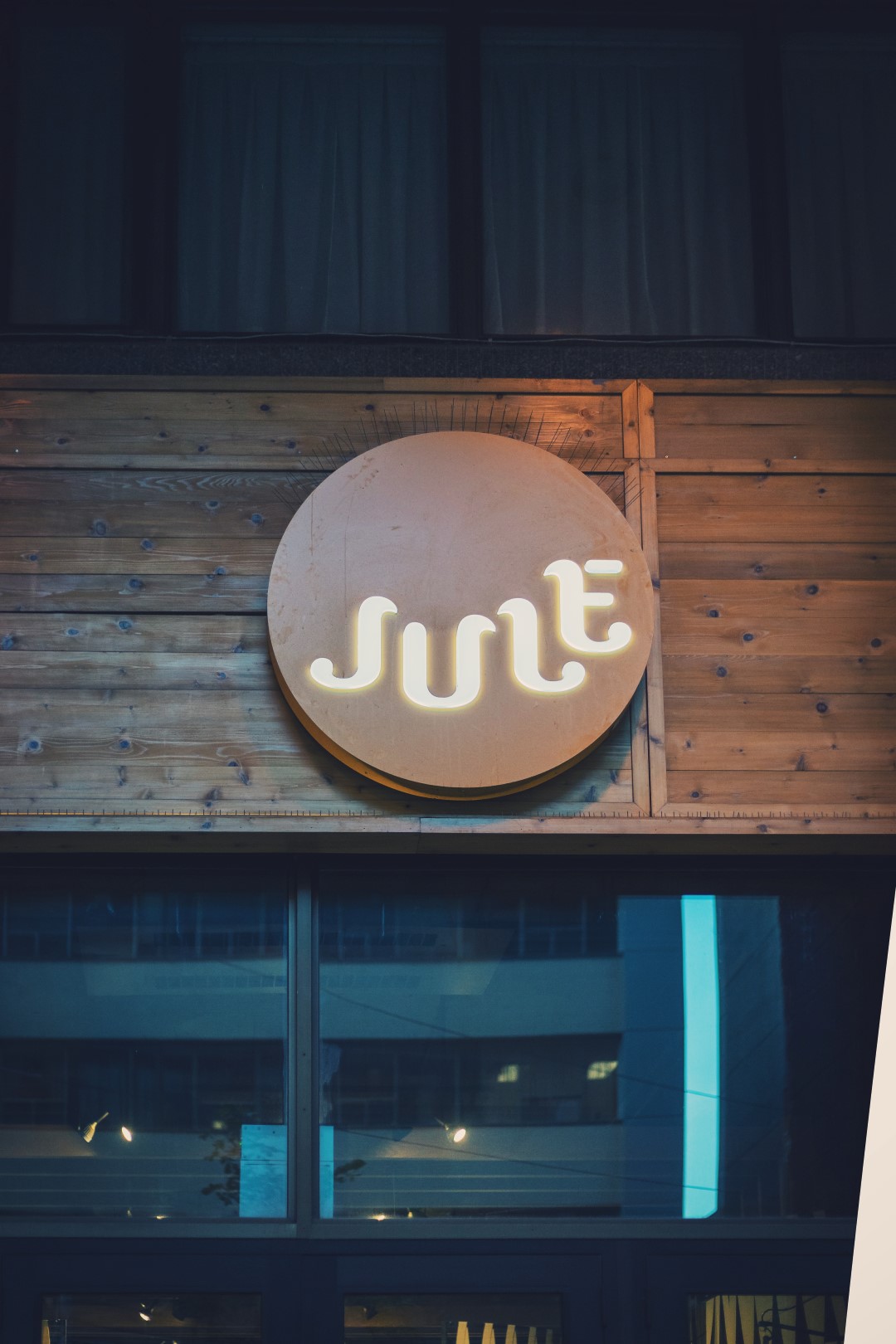 聚, or Jule, is a small but cozy coffee shop in downtown Toronto.

I had dragged Paige here with the intention of briefly reviewing it. After much struggle with Google Maps (the GPS in my phone doesn’t seem to like the tall buildings of downtown Toronto very much) and much struggle with trying to get Paige to move (she’s tired from Eaton still). We found the little place on Carlton Street.

One word to describe this place would be cozy.

Sofa seats, warm and plentiful lighting, and a primarily wooden interior design makes this place seem a lot higher end than it costs. This place is supposed to be famous for its various tea pots, but I opted for a coffee since they didn’t have anymore teapots left (another table ordered them all).

Don’t come here for the coffee, stay for the cakes.

I don’t have much else to say about the coffee, it was pretty bad. The bubble tea that Paige had ordered wasn’t very good either. But the tiramisu cheesecake (weird, I know) was actually pretty great. It wasn’t overly sweet, and the cream was very smooth, it can probably use more espresso in soaking the ladyfingers, but overall it was pretty great. I also got this really cool photo of Paige, which she doesn’t really like.

Would probably come to lie down on the couch and have a spontaneous photo-shoot again.