Or so they say anyways.

I had wanted to go to Yosemite for a while now; as a Canadian, I’d like to see how it would stack up against the national parks back home, since everyone always seem to want to travel to the States more than Canada.

So Boris, Michael, Shirley and I went to Yosemite.

We stayed at a Comfort Inn in Mariposa, cozy little place, and we went up the hill the day after.

First stop was right in front of El Capitan, the plan is to tackle the half-loop of the Valley Trail, and then go to Glacier Point for sunset.

Lots of foliage along the way, and you can really tell that fall is starting to hit Yosemite. Red, orange, and yellow everywhere, providing a stark contrast against the grey rocks. 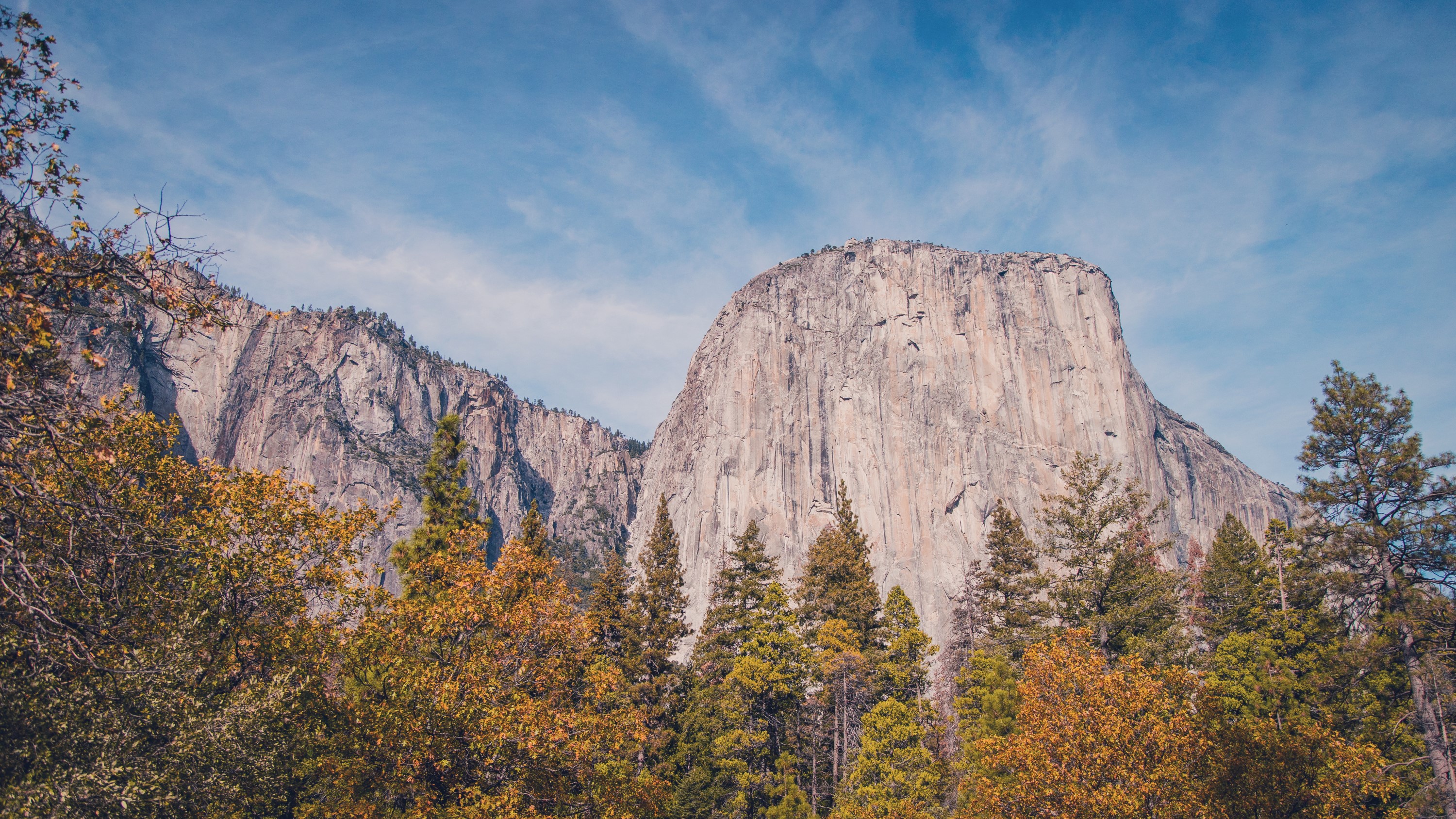 Plans are always made to fail however. As we got about quarter the way into the Valley Trail, it was obvious we won’t make the half-loop in time to get to Glacier Point before sunset.

We turned around back to the car and went on our way.

Although we had to stop at Tunnel View along the way, which provides a gorgeous view of the Yosemite Valley as a whole.

Once we were up on the Glacier Point, the view was nothing short of stunning.

I’m a little sad I forgot to bring my tripod, I wasn’t able to get any long exposure shots in. There was also a really, really rude lady sitting on the rocks for about half an hour into the sunset, refusing to move away. I had to manually Photoshop her out.

As a result, the photos are lower quality in comparison to my other shots.

We only had about 3 hours on day 2, so we only drove up to Tenaya Lake, and I had about 10 minutes to grab a shot before we had to start heading back to San Francisco to meet the 6pm deadline for rental returns.

As far as my photos go, they don’t stack up against Algonquin.

I will come back here again probably, on my own time.

Just me and my camera.